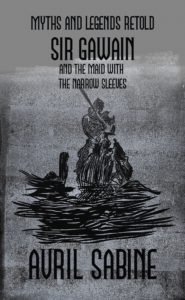 With many of the old tales, whether they be fairytales or myths and legends, many of the characters are nameless. They’re called the eldest daughter or the old man or something similar. I do find a few named characters, but mostly only the main ones are named and even then it isn’t every main characters. With this tale most of the characters were named, even some of those who were barely mentioned. Except the daughters. All of those were nameless, including the young girl who was one of the main characters of the tale. She in particular needed a name and not just the one she was mockingly referred to.

I scoured lists of names suited to the time and place the story was set. I finally found Beatrice. Thinking it sounded like a good name for her I checked the meaning, not wanting to saddle her with another negative name. I found several different meanings. Mostly it was ‘she who brings happiness’ but several times the meaning was considered to be ‘blessed’. A suitable name for a character who has previously only been known by the one she was mockingly called.

Myths And Legends Retold: Sir Gawain And The Maid With The Narrow Sleeves is now available on Amazon.