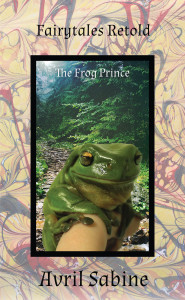 The Frog Prince is one of those fairytales I read many times throughout my childhood. As usual it left me with numerous questions. And as always, I had a lot of fun answering some of those questions. One of those questions was why the golden ball was so important to the princess. As a child I thought a princess would surely be able to get another ball to replace the one she’d lost. I believed there had to be some reason why that particular ball was important to her. A reason compelling enough for her to offer a large reward to have it back. Each time I read the story during my childhood I came up with another reason, some rather far fetched, but eventually I settled on one I liked. I hope you find the reason as logical as I do, both now and when I was a child.

Fairytales Retold: The Frog Prince is now available on Amazon.