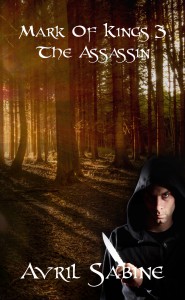 When I was first writing the Mark Of Kings series, I read the first draft of each book to my boys to see what they thought and to gain some feedback before I wrote the next. I was mainly expecting feedback from my oldest son since I thought my youngest wasn’t old enough at the time to comment on what would improve the story and whether I was on the right track. And in some ways I was correct and it was my oldest who provided the feedback I was asking for. What did surprise me was the reaction of my youngest and the feedback I gained from him. He was the one who loved the stories the most and wanted to hear them again and again and couldn’t wait for me to finish writing them. Which is why I’ve dedicated the series to him.

Rhys was the one who begged for another chapter and who tried so hard not to interrupt me when I was writing Mark Of Kings so he could learn if Shen found his family. He was also the one who was disappointed each time he needed to interrupt me while I was writing. Not because he got in trouble, but because he was causing himself to have a longer wait. He was also the one to interrupt so he could ask how much longer it would take till it was ready for me to read it to him. So how could I not dedicate the series to him?

As I said in the dedication of the first book, ‘For Rhys, there are far too many reasons to list why’. I’ve listed some of them, but there are so many more. How could I not have finished this series when he’d look at me with hope on his face each time he asked if it was ready yet. Excited to hear me read aloud the first draft, mistakes and all.