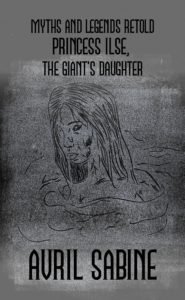 I stumbled across a Norse myth, which after I researched it further, found there was a German one set in the same area. Both were equally fascinating and both were almost completely different apart from having the same main character. It was a difficult decision trying to decide which one to focus on and was pretty much chosen by the roll of the dice. And so I set aside the German tale and focused on the Norse one.

The Vikings travelled through many countries raiding and trading and bringing home not only the spoils they gained, but also stories and ideas from the cultures they came in contact with. I’ve done a lot of research on the culture previously, including reading many of their myths and legends, so I enjoyed reacquainting myself with the Vikings.

It was fascinating to see how two stories set in the same location and about the same character could be so different from each other. As always, I found myself asking numerous questions. Sadly, I’ll never know the true answers, but I can always do what storytellers have done throughout the ages. Make them up. Although that leads to the problem of which scenario I prefer the best, since there are so many different possibilities.