I have played the Elder Scrolls games for years. Over a decade actually. So to be able to beta test is a pretty big thing for me. And not only am I getting to play ESO this weekend, but my boys are too. There’s nothing like gaming as a group.

As always, I’ve been impressed with the world. The scenery is magical and you can almost imagine you’re there. The only downside I’ve found so far is the need to complete a quest to move onto the next land, but for those of us who love questing that’s not a downside at all. I know everyone won’t agree. Yes, I’m looking at you, General. Not everything is about the battle. Although the battle is fun too.

I have to say that once again ESO certainly hasn’t disappointed me. I love this game and every time an Elder Scrolls game has come out I’ve complained that I wished it was co-op. I guess I can quit complaining now and get back to exploring and battling a few more enemies. 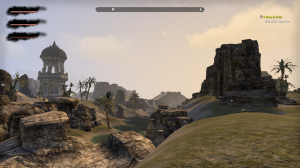 When you get distracted by the scenery and your group leaves without you, don’t panic. There’s arrows that will lead you back to them. 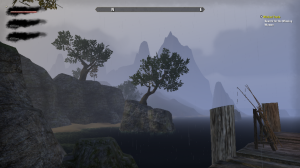 There’s still heaps to do and plenty to explore even when the rest of your group goes offline. 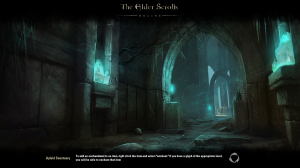 Even the loading screens are amazing and have awesome detail. It’s not often that I think a loading screen is replaced by the game too quickly, but there were times when the picture was so interesting that I wanted to look at it longer.

It was nice to see there is still mudcrabs to train on. It wouldn’t have been Elder Scrolls without them. 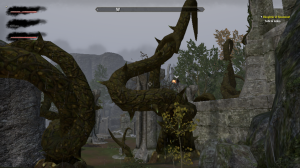 There was so much to explore that it would probably take months to see the entire world. I spent a lot of time checking out unusual areas and wandering off into the wilderness to discover interesting places.