Just before Father’s Day 2011, my siblings and I lost our father. If he was still with us, today he’d be turning sixty-seven. Instead, we are left with only memories. In one sense we’re lucky we have a lot of great memories we can look back on, but we still wish he could have been with us for many more years. The following is one of my childhood memories of my dad. 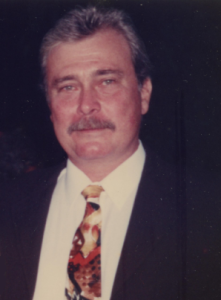 Dad believed fishing was the only good reason to skip school. You learned more about life by fishing than you ever could at school. At ten years old, fishing was the perfect opportunity for me to read. The only problem was that the fish always seemed to bite when the story was at a really good part. But I had a plan and keeping my back to Dad I put it into action.

Line cast out, I turned on the seat of the tinny, that was starting to warm in the sun, to face Dad. With a rod in one hand I picked up the paperback that sat beside me and opened to the bookmark. I immersed myself in the words until a sound drew me from them. I came back to reality, trying to focus on my surroundings as a way to ground myself after being lost in another world.

The tinny bobbed in the water, two fishing lines cast out. I watched as Dad rested the rod between his knee and the side of the tinny, reaching for the esky. The tip of the rod bent slightly. He continued to rummage through the ice in the esky, not even glancing towards the rod. It dipped further.

I glanced between him and the rod. “You’ve got a bite.”

He lifted a stubby from the esky, sliding the lid back into place to keep the heat out. “It’ll wait. Or another one’ll come along.” The stubby was opened with a slight hiss and he dropped the lid, the ping as it hit the metal in the bottom of the boat sounding loud in the hot, bright day. A deep drink and then he put it beside him, taking hold of the rod that bent towards the rippling water. He slowly wound the reel, paused, then wound again. The tip of the rod bobbed up and down. Minutes stretched as the fish pulled and tugged, being slowly wound in until it lay flopping in the bottom of the tinny.

Another swig from the stubby and he baited the line before casting it out in a single smooth motion. Again the rod was held between his knee and the side of the tinny as he looked first at the fish still flopping between us and then over at me. “See, no need to be in a rush. It waited.” He reached for the stubby again. Beads of water had condensed on the side, leaving behind a wet ring on the seat beside him. “But they won’t wait around for an unbaited hook.” He glanced towards my line still in the water as he pulled out a cigarette and lit it.

I grinned. He’d noticed. “It’s an experiment.” I looked at the book in my hands, keen to get the last couple of chapters read.

“Uh huh.” He took another mouthful from his stubby, sitting it beside him before he reached for his rod again, holding it loosely in one hand.

A thin trail of smoke curled lazily into the sharp blue sky from his cigarette as I returned to my book.