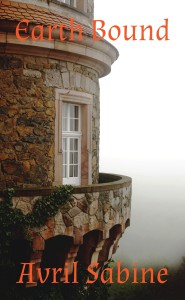 An image came to me, of a girl standing on a natural stone pillar staring across a barren land. She heard the sound of wings, a sound that filled her with longing, and turned to face a walled city, a castle in the background, and a figure flying towards her. This image left me with so many questions. I wanted to know who this girl was and what she wanted. Who was the person flying towards her and what was the significance of the walled city? So very many questions.

It took time for the answers to come. They came in bits and pieces, slowly at first. Then I was bombarded with answers and driven to write Brianne’s story, desperate to find out what would happen. The ending was unknown to me and when at the end of a fight it came, I was surprised. It wasn’t the ending I was expecting.

Earth Bound is now available on Amazon. I hope you are as drawn into Brianne and Talon’s lives as I was.