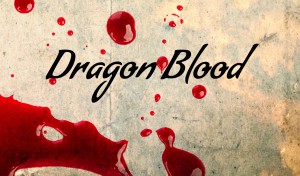 I have lived with the characters of Dragon Blood for such a long time. I’ve been there when things were good and also when they were bad. I’ve lived in Amber’s head and fought alongside her as she’s battled to survive. As any reader knows, they aren’t just characters. They become friends who you miss when you reach the end of their tale. Being the writer of their story doesn’t make you miss them any less once you’ve reached the final book in a series. I can’t look at a picture of a dragon without thinking of the characters out of Dragon Blood. It’s both a blessing and a curse.

I’ve loved writing the series and I’m enjoying the books I’m working on now, but there is still part of me that is sad to leave them behind. I know I can always return to their world and write some stand alone stories if I wish. For now, other characters are demanding their stories be told and I must bid a reluctant farewell to Amber and her people. Maybe one day I’ll get the chance to visit some of them again.

The final books in the series, Dragon Blood 4: Knight and Dragon Blood 5: Mage, are now available to buy on Amazon.