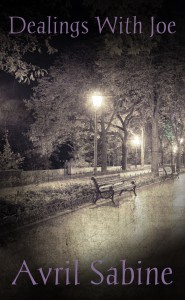 I used to hate writing short stories. I found them so confining and almost impossible to write. It took me a while to realise that it wasn’t short stories I didn’t like writing it was that most of my ideas are far too big to be contained in a small amount of words. That many of my small ideas were too big to fit into a few thousand words. So I’d start out planning to write a short story and end up with thirty to fifty thousand words. There would be nothing wrong with the story, except for the fact it wasn’t the short story I’d set out to write. Eventually, I learned how many words it generally takes me to write a particular idea. I also figured out that I don’t have many short story ideas and the ones I do often end up closer to novellas in size.

Now I want to make it clear that I’m not complaining. It was just frustrating, aiming to do one thing and ending up doing something else instead. Even though it was a good something else, I still wanted to figure out why I wasn’t achieving my goal. The problem was that it took me a while to recognise ideas that were going to grow once I started writing them. I finally figured out that the ideas that have numerous questions that need answering, are definitely going to grow.

Although occasionally an idea comes along that ruins that theory. Which is what happened with Dealings With Joe. It was a short story that had me asking a lot of questions, but still managed to remain short. Dealings With Joe is now available on Amazon.