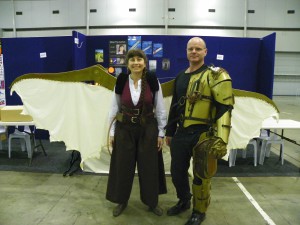 Last weekend I was at Supanova, Brisbane. It was as great as the Gold Coast Supanova and like last time I loved seeing all the amazing costumes. There were people dressed as everything imaginable including characters from books, movies, anime and games. Some people obviously spent a lot of time creating their costumes and it was easy to see who they were dressed as. I especially liked steampunk Belle from Beauty and the Beast. It was great to see so many steampunk themed costumes, particularly as it’s one of the genres I enjoy writing. Like many others, I also had a steampunk costume. 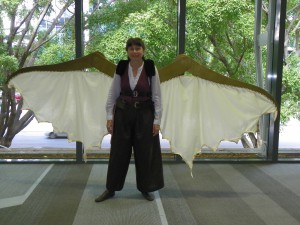 My steampunk wings from the novel Rosie’s Rangers were finished a week before Supanova and I had a lot of fun showing people how they work. I was told I was like a kid with a new toy. I’m certainly not about to deny that. Of course I was. How could I not be when I had wings that could open and shut at the touch of a switch? The wings have a nearly three metre wing span and the housing is made from a grandmother clock. The upper section of the housing has a piece of Perspex instead of being solid timber, allowing people to see the mechanism opening and closing the wings. 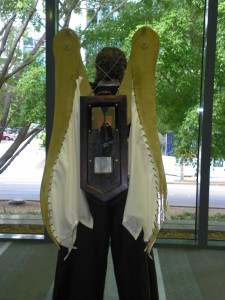 After watching the progress of the wings and being involved in the design process, it was good to be able to step back and see them as a finished product. To marvel in the way they have come together and enjoy the finished item. Just like everything else that has been created from Rosie’s Rangers, it was beyond my expectations and I loved seeing yet something else from one of my novels come alive. I can’t wait to see what is created next. 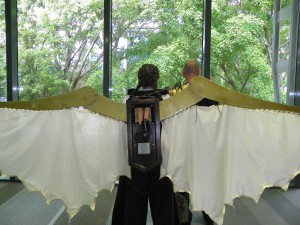