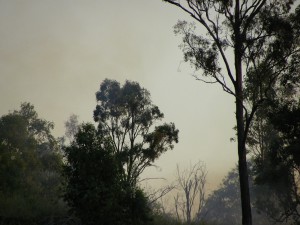 October last year one of our neighbours let us know someone had deliberately set three separate fires on the roadside edge across the front of our property. It’s at times like this I’m glad I live in a rural community where most neighbours look out for each other. The fires were lit not far from where our house is, but since our property curves with the road at that point we wouldn’t have noticed it until it took hold and the sky was filled with smoke. 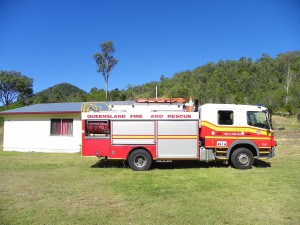 Having caught it so soon, the urban fire truck and rural fire trucks were able to arrive before it got out of control. We were extremely impressed by how quickly they arrived and sorted out a plan of action. It was a relief to have the urban fire truck parked by the house in case the fire came too close. The rural fire trucks went off-road to keep the fire from getting out of control. As the day wore on we watched the fire come closer, the sky filling with smoke and the air with the crackle of approaching flames. 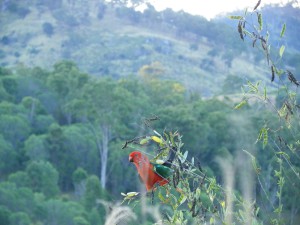 We weren’t the only ones affected by the fire. We saw wildlife such as birds, snakes, lizards and kangaroos headed out of the burning areas. Amongst them were birds we don’t see often. Luckily the fire didn’t go too far up the hill as we often hear koalas calling out up there. It also meant there were still safe areas for the wildlife to head to.

When we tried to find out who had lit the fires, we were told it was someone who had taken themselves off their medication. A lot of people had numerous negative comments to say about the person who lit the fires, but I couldn’t help thinking about the amount of funding cut from the mental health sector. Obviously there are people in need of the help that extra funding could have provided. 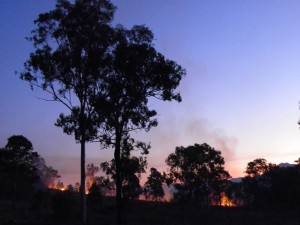 I’m extremely grateful to those who take on the risky job of being a fire fighter. The ones who do it every day as a living and the volunteers in the rural fire brigade. Without those willing to face dangerous situations, moments like this would be far worse.