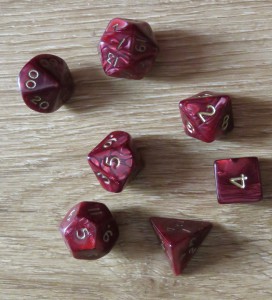 It’s great how there’s been a shift in thinking and these days when I say I’m a gamer I rarely get strange looks. Although people often do find it odd that I love to read as well as play games. As if the two are mutually exclusive. I like to play not only computer and console games, but also board games and RPG’s such as Dungeons and Dragons (D&D).

Years ago, particularly when I was a teenager and in my early twenties, I often encountered expressions of surprise and even utter disbelief when I talked about gaming. I remember going into a game shop and the assistant thought I was lost. When I told him I wasn’t, he then asked if his friends had put me up to going in there. I talked about my current D&D game that I was the DM (Dungeon Master) for and his jaw gradually dropped lower and lower. It took him a little time to recover, but he did regain the power of speech and we talked about games for ages. We even talked about the Commodore 64, which was my introduction to computers when I was ten. That was also around the year I started playing D&D.

I still have the first D20 I ever owned. Sadly it’s no longer useable as one of my kids chipped it when they were younger, but it’s like a photo from an album, a relic from my past. There are many memories attached to it and I wouldn’t think of throwing it away.

It shouldn’t be a surprise that as a reader I’m often drawn to games with a storyline. Such as the Elder Scrolls games. I’ve spent hours following side quests, sometimes completely forgetting all about the main quest, as I explore all the locations. There are other games I enjoy. Sims is fun and sadly many of my characters have met the Grim Reaper well before their time. I’ve also played shooter games with my kids. They’re the type of game I like to play as a team. I find them a lot more fun that way. And of course there’s Minecraft, a game you can do so many things with. Fight, create, work as a team, explore and discover. That’s another game I enjoy playing with others, both vanilla and modded Minecraft.

The list of computer games I enjoy playing is rather lengthy, but some of my favourites of all time would have to be the entire Elder Scrolls collection, Age Of Empires II : The Conquerors and Fallout 3 and 4. There are of course others on my list of favourites, but it is extremely long.

The list of board games I enjoy isn’t quite as long as that of computer games. At the top of the list would have to be Articulate. I’ve had so much fun playing that game. It always involves a lot of laughter, often to the point of tears. How can it not be at the top of my list when it causes that much fun?

Now don’t get me started on my list of books. I’d be here for days talking about some of my favourites. It’s impossible to name only a few when there are thousands of great stories out there. Both the ones I’ve read and the ones I’m looking forward to reading.

2 thoughts on “Gamer And Reader”