This Easter I decided I wanted to give something a little different to my daughter. When she was a child, I often gave her a few toys instead of an excessive amount of chocolate. She’s now well past that stage and everything I looked at was either more expensive than we choose to spend for Easter or I knew she wouldn’t like it. Then I had the idea to make string eggs. 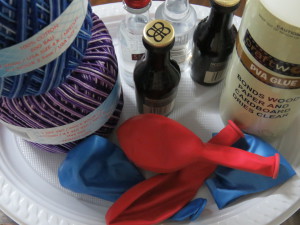 Items needed: crochet cotton, balloons, items to put into the balloons (I went with mini bottles of alcohol), PVA glue, bowl for the glue, small amount of water, somewhere you can make a mess. 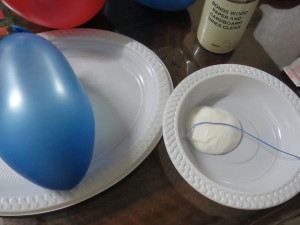 The items were put into balloons that were then blown up and tied. PVA glue was put in a bowl and I got the crochet cotton ready. 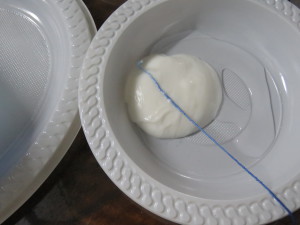 A small amount of water was added to the glue and mixed in. 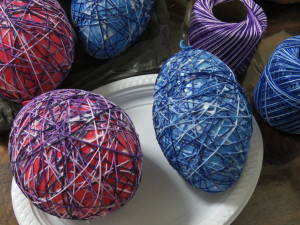 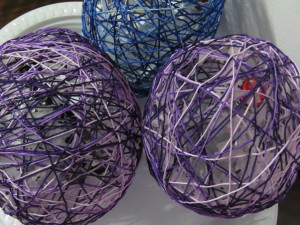 They were left to dry overnight and the balloons were carefully cut through the gaps in the crochet cotton and removed from the egg. 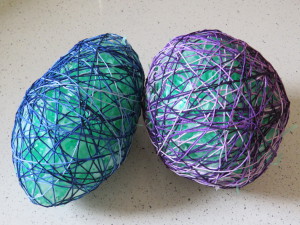 I then filled them with shredded Easter paper so no one could see what was inside them. 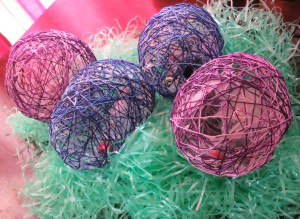 The shredded paper was removed Easter morning to reveal the surprise inside.

They were extremely easy to make and could be used for so many other events such as Christmas and birthdays.