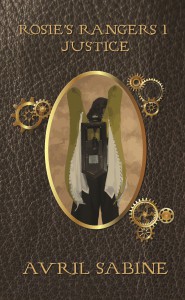 Rosie’s Rangers is one of my stories that came about because of a dream, but not in the usual fashion. The first time I dreamt about it was in February 2013. It was such a small snippet of the story that I had no idea what it was about. Throughout the rest of 2013 I had more dreams about Rosie’s Rangers. Segments that I didn’t realise belonged together, and were part of one series, until I was reading over my file of story ideas. Early 2014 I began world building. So far it’s been the story that has taken me the longest when it comes to research and world building. I also haven’t done all the world building alone. My boys have been involved and we’ve spent many hours debating the logistics of different aspects of Rosie’s world. It’s been a lot of fun and I already have numerous ideas for future books in the series that I’m looking forward to writing.

After all these years of world building, research, writing and editing, Rosie’s Rangers is now available on Amazon.