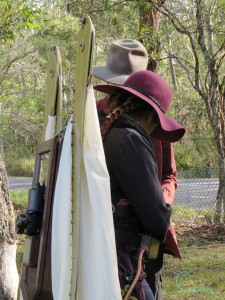 On Sunday 5th June 2016 we attended Old Petrie Town Steam Fair with other members of Steam Dreams, the Queensland Steampunk group, dressed in our steampunk gear. There were also members from a local pirate group who attended in their outfits. Due to extreme weather conditions the fair was cancelled on the Saturday, but Sunday was a lot of fun and we hope to attend next year. For those who live in south east Queensland, and would love to attend in 2017, it’s usually on the first weekend in June. The Old Petrie Town markets were on during the day, there was a lot to see and the grand parade was at 12:30 p.m. In all, it was a lovely family event and we had a great time. All the photos were taken by Cat Petersen.

We had a wander around the event. 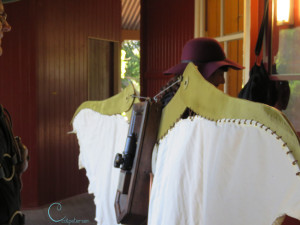 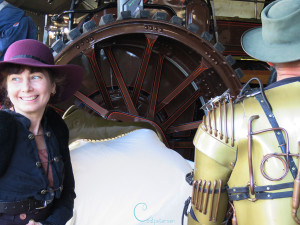 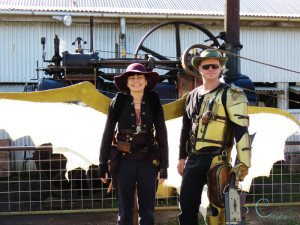 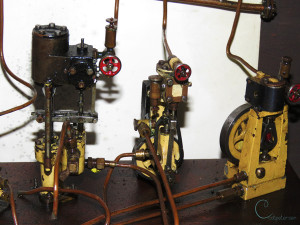 There was an amazingly large fig tree and numerous old buildings. 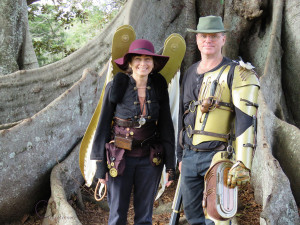 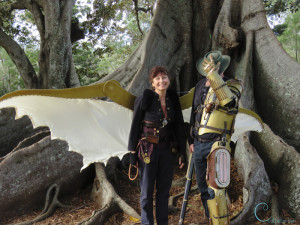 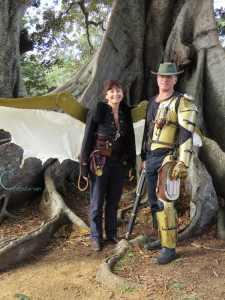 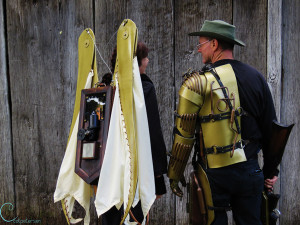 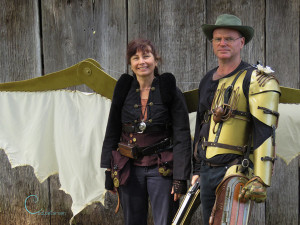 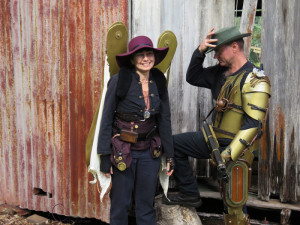 The steampunk and pirate groups gathered for photos. 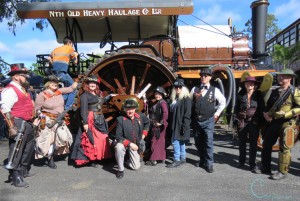 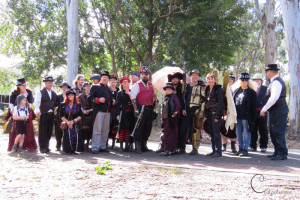 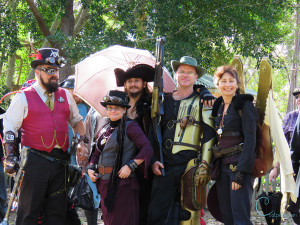 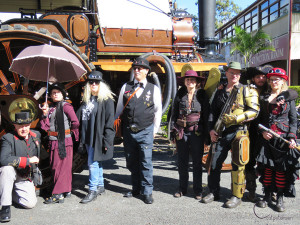 We joined the parade. 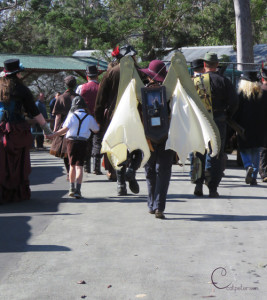 If you wanted to keep up to date regarding the next Steam Fair or other Queensland steampunk events, you can request to join the following Facebook groups.