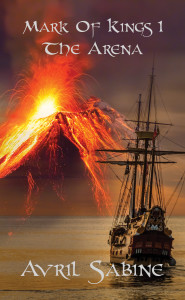 When I first wrote the Mark Of Kings series, quite a few years ago, there were five main characters. During the editing phases I realised that two of those characters were so similar they might as well be a single character. It didn’t take me long to decide they needed to be turned into one. Which wasn’t as simple as I’d first imagined. Between that change and all the rewriting that needed to be done, it probably would have been easier to rewrite the series. I eventually finished my first round of major edits and sent the manuscripts off to my editors. Of course I’d left the old name in a few times, appeared to be numerically challenged in several places and had a few instances where eye colour didn’t want to remain the same. I’d obviously be lost without my editors and their amazing skills.

After numerous edits and much rewriting, the first two books of Mark Of Kings are now available on Amazon with the final two in the series due out soon. I hope you enjoy Mark Of Kings 1: The Arena and Mark Of Kings 2: The Island.