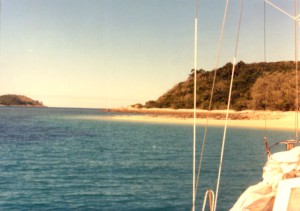 On Sunday the fourth of September it will be Father’s Day here in Australia. For me it’s a time of both sorrow and joy. Sorrow because I’ve lost one of my fathers and joy because during my life I’ve been fortunate enough to have not just one father, but two. At times that’s made me feel extremely lucky, especially when I think of the people who’ve never had a father in their life. Or worse, a father who has mistreated or abused them. During the years I was a foster parent I learned about far too many instances of people who’d endured such fathers. When people found out I was a foster parent they would sometimes tell me their own stories of ending up in the system and the reasons behind it, or in some cases wishing someone had come along and removed them from the situation they were in as a child. Some were grateful to have been foster kids, others weren’t. But all of them had harrowing tales to tell.

Both my fathers are completely different to each other. My biological father was laidback, regularly gave a helping hand to mates and was nearly always late. I had many philosophical discussions with him, learned a lot about electricity, including how to wire up my dollhouse, and we spent hours fishing together. My second father, who came into my life when I was a teenager, is extremely reliable and has good advice, which although I don’t always take it often helps me think of other options. He’s also good at building and making things from timber and helps me out even when he’s shaking his head and wondering what on earth I’m thinking.

I couldn’t imagine what my life would have been like without either of them. It certainly would have been far less rich than it currently is. And there would be so many things I wouldn’t have experienced. Glass bottom boats with my father, sailing with each of them at different times, Expo ’88 with my step-father, using a cast net with my father, watching my step-father design houses and endless other memories. There have of course been disagreements with each of them, particularly when I was a teenager, but nothing so bad that I ever wanted a life without them in it.

So as Father’s Day approaches I often find myself thinking about the many reasons why I’m glad to have had two fathers in my life. And being grateful that I was lucky to have two fathers, who although neither of them are perfect, have been the perfect fathers for me.