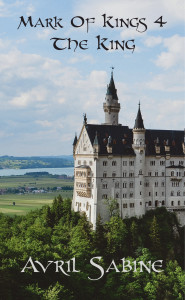 For such a short series, Mark Of Kings took a lot of years to finish. The first draft of each book didn’t take anywhere near as long as the edits did. Like every other book, I put them aside between edits to gain some distance and went on with other stories before returning to them. Sometimes it took ages to return to them as more insistent stories demanded to be told. But I eventually managed to finish editing them only to have several people point out to me that important information shouldn’t go in prologues, as readers tend to skip them. That they’ve become a dumping ground for boring backstory over the years.

Obviously I ignored the advice because the first book starts with a prologue. I didn’t dismiss the advice and go my own way without at least thinking about it. I know not everyone will read the prologue due to the reason listed, but to me that’s not what prologues are about. They’re about relevant events that happened years before the main part of the story or from the point of view of a minor character that adds to the story, while not necessarily being part of the main story. They aren’t somewhere to dump all the information you want the reader to know and they certainly aren’t about boring the reader.

The prologue in Mark Of Kings is a scene about the incident that changed Shen’s life, about what set him on the path he follows throughout the series. I could have written it as a flashback, I could have called it chapter one and mentioned how many years in the past it was, but I chose to call it a prologue because to me that is what it is.

Mark Of Kings 4: The King, the final book in the series, is now available on Amazon.