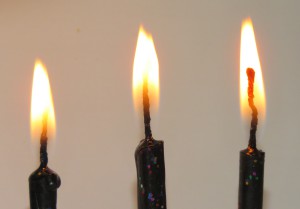 Around the middle of November I celebrate three years since my first four stories were released on Amazon. As always it’s been a wonderfully busy year with not only plenty of writing, but also workshops and school visits from North Queensland all the way down to South East Queensland, Australia. It is approximately thirteen hundred kilometres between the two points. It has been plenty of fun, even though at times it’s been a lot of hard work, and I’ve had an amazing year.

During the year I released five short stories, five novellas, five novels and one nonfiction book, totalling 415,260 words. That was 186,555 words less than the previous year, but I was on the road more this year and also started putting content up on Youtube. Both have been fun, particularly travelling to different places, meeting interesting people and inspiring others to write their own stories.

I’ve been working on some of next year’s novels and of course finalising the rest that will be released this year. Next year there will be the usual books in my series Rosie’s Rangers, Demon Hunters, Realms Of The Fae, Plea Of The Damned and Fairytales Retold. There are also other stories I’m looking forward to sharing. Ones I’ve been writing in between working on stories in my different series.

Like last year I’ll be doing National Novel Writing Month in November along with attending Supanova. The lead up to the beginning of my fourth year will of course be full of things to do, new people to meet, friends to catch up with and words to write. But I’m starting to expect life will continue to be busy and full of things to do, which is exactly how I like it. It means there’s no chance of being bored and life is always interesting.

Drop in and see us at Supanova, Brisbane, Australia if you’re in the area on the 11th November to 13th November. There’ll be lots of interesting items on display based on my western steampunk series, Rosie’s Rangers. It’s been great seeing so many things being created from that series.

In all, it’s been another good year and I’m looking forward to seeing what the next one brings. But most of all, I want to thank the many readers I’ve met in my travels and those who’ve taken the time to email me. It’s been great getting to know some of you.