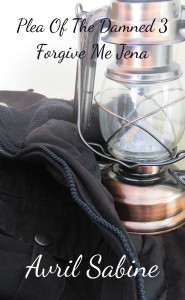 I’ve done research on PTSD previously, but always from the point of view of the person going through it, never from the perspective of their loved ones. I’ve always known they’d be affected too, but reading stories and facts about how much some of them have gone through was, at times, heart breaking. The one piece of information that surprised me, not because I didn’t think it was possible but because I hadn’t thought of it, was how those who’ve suffered natural disasters can also be affected by PTSD. Having lived in North Queensland, for part of my life, I know how devastating cyclones can be and what an impact they can have on those affected by them.

When I started to write this book, I didn’t start with the first chapter. I started with a scene that turned out to be about seven thousand words into the book and was part of a scene that I’d dreamt. I then returned to the start of the book and wrote until I reached the scene I’d started with. I don’t always write in order, but I do usually start with the first chapter each time I begin a new story. The one thing that was the same about this book, like many of my other books, was that I had no idea where it was going and what might happen. And I really wanted to know. Especially after dreaming part of a scene. Plea Of The Damned 3: Forgive Me Jena is now available on Amazon.