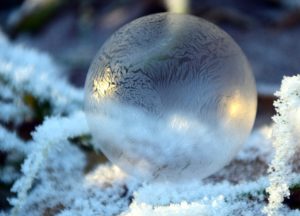 It is often said that a picture is worth a thousand words. For me they become so many more. I can rarely look at a picture without also seeing a story idea, which is why I have more ideas than I’ll ever be able to write in a lifetime. Most people would only see a bubble. When I look at this picture all kinds of ideas run through my head.

Memories are fragile. Can often be important. They can contain important information, knowledge and skills. What if some had the ability to collect them? Gather them into a sphere that others could use. This could be a quick way to learn new skills. But then that would also mean someone would lose a skill. There would be the desperate ones willing to sell memories to get what they need. Others close to death who want to bequeath memories to their children. And what about those who wanted a particular memory, no matter the cost.

The people those memories were stolen from, would they know something was missing? A memory that was stolen too quickly and without absolute care due to the fear of being caught. What other memories might also be stolen? Or might have been fragmented. And how could someone take back those memories they’d lost and who would help them?

It’s no wonder I have an endless supply of ideas when the simple image of a bubble can trigger yet one more.