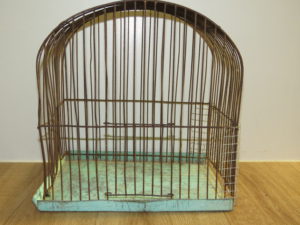 When I was in primary school my nana lived in a high set house, with several rooms beneath it including one that was filled with odds and ends. Most people saw junk when they looked into the tumble of items thrown into that room over the years. Things that needed to be fixed, others that were outdated or no longer needed. I saw treasures.

One entire wall of the storage room was filled with long louvers that ran the length of the room. They could be opened slightly to let in a small amount of light or opened completely to fill the room with sunshine. Eerie lighting accompanied spooky games where hiding places were needed to avoid the bad guys or for storm swept nights filled with magic and mayhem.

The louvers often became an elaborate part of the process of making a time machine work, or a shield to be raised when the space ship was under attack. There were broken handles from gardening tools that became mighty swords, poles to vault over pools of lava or a staff to help a traveller through steep mountains.

There were other treasures. Like the birdcage we used when we rescued an injured bird. It was brought out numerous times over the years and I still own it, having been given it a few years after I left home. There were also things I had no idea what they were or had been a part of, but that didn’t stop me from making up purposes for them.

To this day I rarely see junk. I see instead what it can be turned into and I see memories of games played long ago, filled with imagination, adventure and stories.