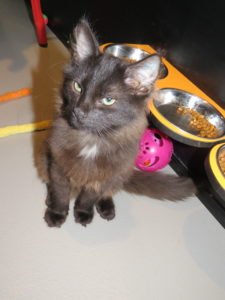 I was surprised to discover it was possible to visit the local RSPCA (Royal Society for the Prevention of Cruelty to Animals) and play with the cats and kittens. Or at least play with the sociable ones. So if you’re unable to have pets where you live and would love to spend time with some cute and adorable animals, why not contact your local animal shelter and see if they allow visits. It’s also likely that they’re in need of other help as well and would appreciate volunteers who are interested in helping take care of the animals who find themselves in need of a home. 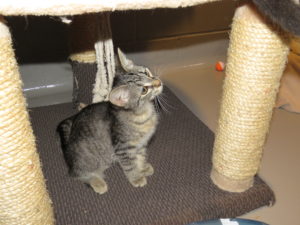 The day we visited the local RSPCA there were several kittens, all wanting to play. There were also older cats, some that wanted time alone, while others were excited to have visitors and demanded to be patted. The kittens pounced on the toys that were provided for them to play with, raced around with each other and purred loudly when they stopped long enough for some attention. 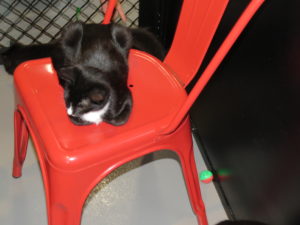 They were all so adorable and playful, several trying to escape their rooms to try and follow visitors home. It was extremely difficult to resist them when they looked pleadingly up at you as you headed out of the room, their eyes begging to be taken home with you. And it wasn’t only the kittens who were adorable. There were cuddly older cats, regal ones and ones that stretched out in front of you expecting to be patted. 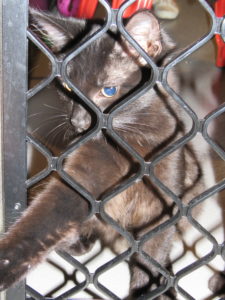 So if you’re looking for an overdose of cuteness, why not see if your local animal shelter allows visitors. I know the cats and kittens at our local one enjoyed all the attention they received the day we visited. 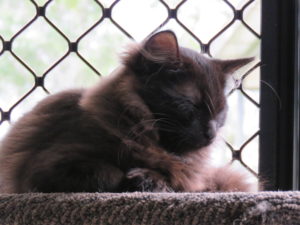