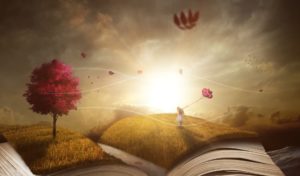 There are times when I think I know where a scene is going, but it’s late at night, or really early in the morning, and I decide to write it after I’ve had a sleep. I should know by now that things rarely go according to plan. So many times when I do this, I’m woken by a dream of the next scene. And do you think it’s the scene I planned to write? Of course it isn’t.

My characters might as well start the dream with a grin and say, “Good luck with that plan.” Not that it isn’t a better scene. It always is. But it’s one of those things I’m both grateful for and slightly annoyed by. Or at least I’m annoyed until I get past my initial grumbles about wanting another hour or two of sleep. Or even possibly a few more minutes of sleep. Yeah, I know, good luck with that plan. It doesn’t take long before I’m working on the scene, lack of sleep forgotten, completely immersed in the story, grateful it’s going in a far better direction.