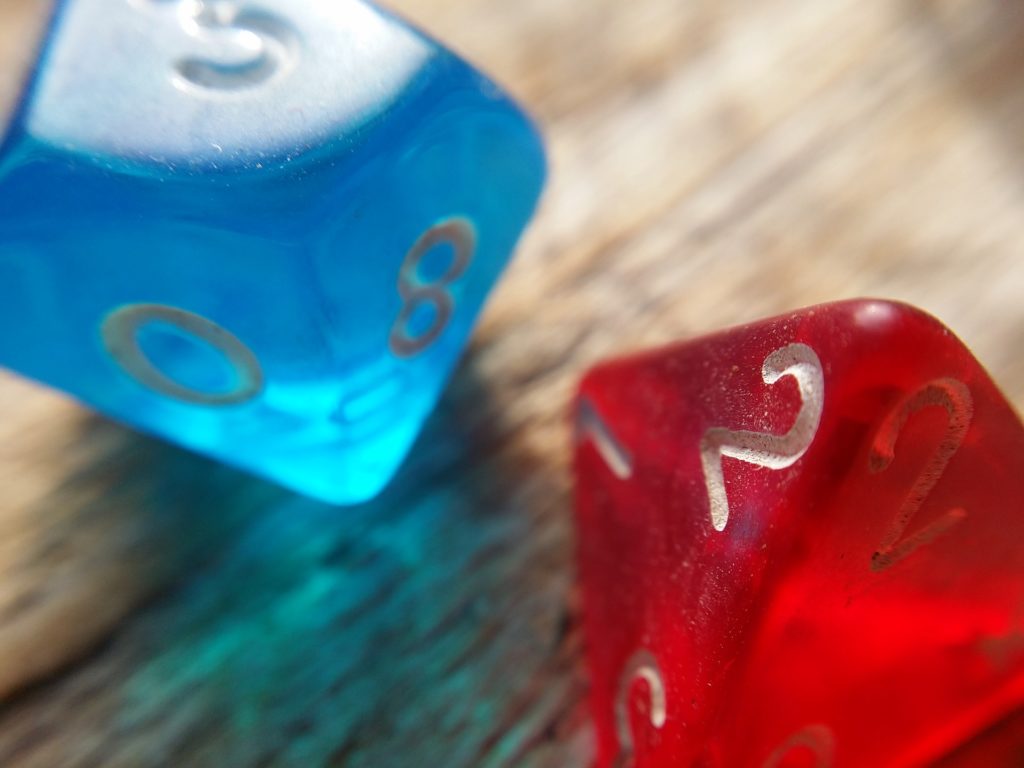 When we were deciding the worldbuilding and game mechanics of Guardians Of The Round table, we had a look at what it was about our favourite games that continued to draw us back. We looked at tabletop games, computer and console games, board games and even card games. There were some games that stood out, ones we’ve played for years. Particularly Dungeons and Dragons and all The Elder Scrolls games.

We love open world games, ones where you can explore and discover new things. We like completing quests and being able to go into areas that we’re probably too low a level for, knowing there’s a good chance we’re going to get wrecked. We also discovered that failing is part of the way we learn. Time after time, we’ll pit ourselves against an impossible boss, trying something different each time until we eventually triumph.

We also love intricate worlds. We enjoy discovering the lore and exploring new locations. We also enjoy finding interesting items and collecting things that probably have no current use, but we might need in the future. And setting up a base to store all those things we might eventually need because we’ve ended up collecting more than we can carry.

We took some of those general ideas into account when we began to do worldbuilding for Guardians Of The Round Table. Particularly the idea of writing books that the characters can find. We have so many books planned for the characters to discover. Some will lead them onto other things, some will teach them about the world and others are just for fun.

We are currently working on another book that the characters will discover in Guardians Of The Round Table 5: Crystal Mine, due out in May. But until then, if you haven’t already read it, Legend Of The Ancestral King is free on Smashwords.