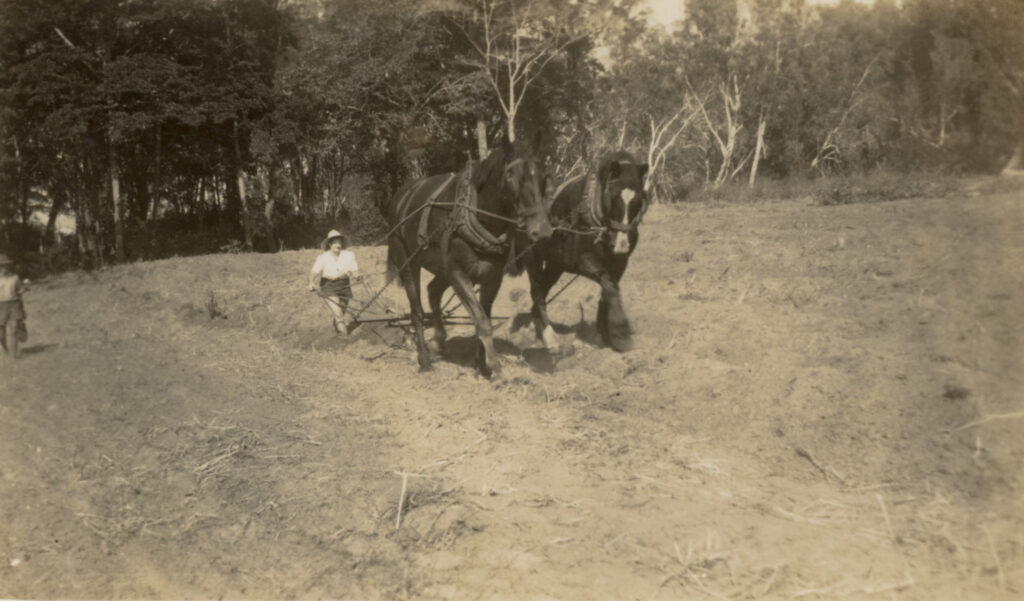 My grandma on her family farm. Horses were Prince and Darky, North Queensland, Australia.

I was looking through old family photos recently, regularly smiling and at times laughing as they brought back memories of the stories that went with them. And it’s not just the photos from my life, but ones from before I was born, that also contain stories I know well.

I recall, as a child, sitting beside grandparents and looking through old albums, turning the pages and stopping to study the images, the scent of old paper lingering in the air. Sometimes we’d sit at the kitchen table, light from the window falling across the pages. At other times, we’d be in the lounge room, me perched on the arm of the armchair while the album rested open on my grandparents’ lap. It also wasn’t any one of my grandparents in particular who looked at photos with me. I’m afraid I pestered all of them. Mostly though, it was Grandma or Nana who spent time looking through old photos with me, some of which I’ve inherited over the years. 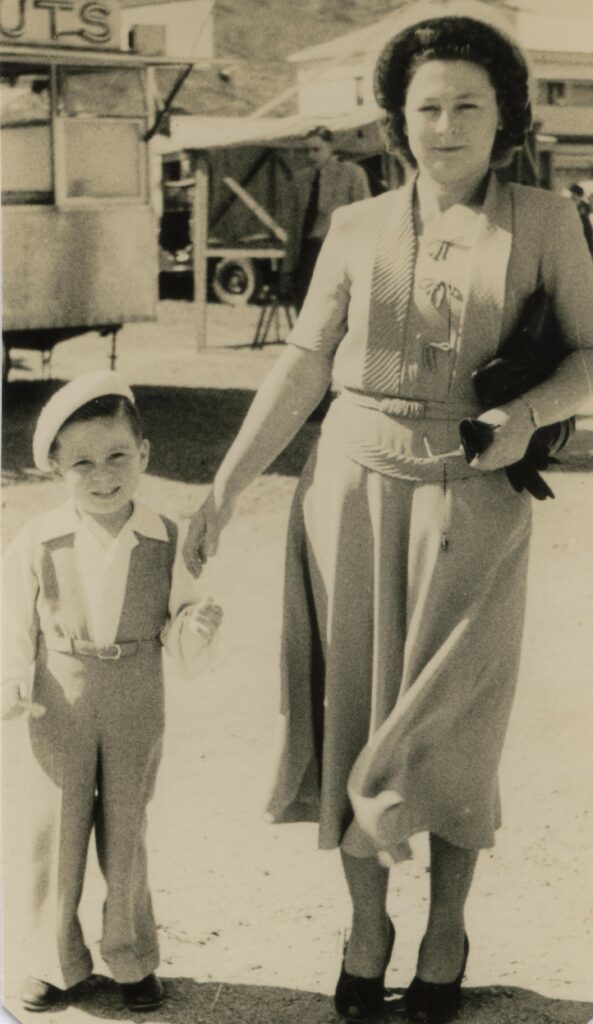 My dad and his mother dressed up for the Townsville Show, Queensland, Australia.

As the pages were turned, I’d point to a picture and ask about the people, wanting to know who they were and what they were doing. Those explanations always contained stories. Either about the actual photo or about the people in the photo. Sometimes both. I always found it fascinating, those glimpses into lives that had begun way before mine. And the stories led into other ones. Either about those in the picture or about those related to the ones in the picture, the conversation rambling through memories of times that, although well in the past, were still remembered.

Looking at old family photos reminds me not only of those in them, but of those who shared the stories with me. In some cases telling me stories of people I’d never met, people who were gone long before I’d been born. Yet those people, even the ones I’d never met, are still remembered, stories of their lives entwined with mine and those who also know their stories about who they once were and what they’d once done. Their lives living on in memories and the words of others.