I’m always coming up with ideas for stories, even in my sleep. Some of those dream ideas lead to novels. Or even to a series. Sometimes, they’re a moment in a character’s life that stands on its own, no more to come. Just the glimpse I had. The following is one such glimpse that remained with me, hours after I woke, begging me to write it. 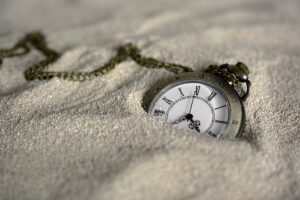 She slowed as she stepped from the corridor into the hospital entrance area, her gaze scanning the handful of people standing around. She smiled as she recognised the actor who’d been with the film crew that had been here the past week, shooting on-location scenes to go with the studio ones. The smile faded as she recognised the look on the actor’s face. Obviously she’d rather be anywhere other than here. Not that she could blame her. They were of a similar age, from what she’d read in a magazine. Seventeen. Neither of them should be stuck hanging around a hospital.

Moving across the room, she gave the actor a nod in greeting. “You lost?” She knew perfectly well she probably wasn’t, but she’d learned over the years that it was a good way to start up a conversation when you were in a large hospital.

The actor glanced over her shoulder, taking a step back from her. “Ah, no. No, I’m not.” Her words went from hesitant to firm.

She half turned away from the actor, giving her some space. “I like it down here at this time of day. Those that have been stuck in here for most of the day go outside to catch the last few minutes of light before night sets in.”

“Why are you here?” The actor looked her up and down.”Are you a patient?”

She smiled slightly, not answering the question. “The one thing I like about hospitals is the mix of people you find in them. They’re more fascinating than any movie or book.” She smiled briefly. “Although that’s probably not a fair comparison since it’s been years since I watched TV and months since I picked up a book. Something equally riveting might have been released in that time.” There were a lot of things she didn’t do these days. Things she didn’t want to spend time on. Not now.

“Not even the news.” But that didn’t mean she didn’t know who was in the hospital and why they were here. She smiled briefly again when the actor relaxed. “Are you here visiting a relative? A friend?”

The actor shook her head, then shrugged, the hunted look momentarily reappearing.

She took pity on her, nodding towards an elderly woman entering the main doors. “Night must have fallen.”

“Every single day, at exactly the same time, she goes out there to cry. Then when daylight fades and night settles over the city, she returns to her husband’s room where she smiles and tells him of all the good things still happening in the world.”

“No.” She slowly shook her head. “It’s courage and compassion. Why make his last days any harder?”

“Yes, but…” the actor’s voice trailed off as the woman passed them, straightening her shoulders as she wiped away the last of her tears. “Every day?” The actor turned, watching as the elderly woman stepped into an elevator, giving the man who held the door for her a smile and a nod.

“Every day.” Or at least every day for the past six months. She turned her back on the elevator, glancing towards the main doors when they opened, bringing with them the scent of fresh air and the sounds of voices and laughter. The smells of the hospital drowned the unfamiliar scents, the voices becoming hushed and subdued as the newcomers hurried towards a corridor.

“Why are you here?” the actor asked again.

She smiled, a mix of sadness and acceptance. “I’m waiting.”

“Just waiting.” She took a step back from the actor, giving her a nod and a slight smile. It would be visiting hours soon. “Maybe I’ll see you tomorrow.” She gave the actor another brief smile before she turned away, heading back the way she’d come. Or maybe tomorrow the waiting would be over.