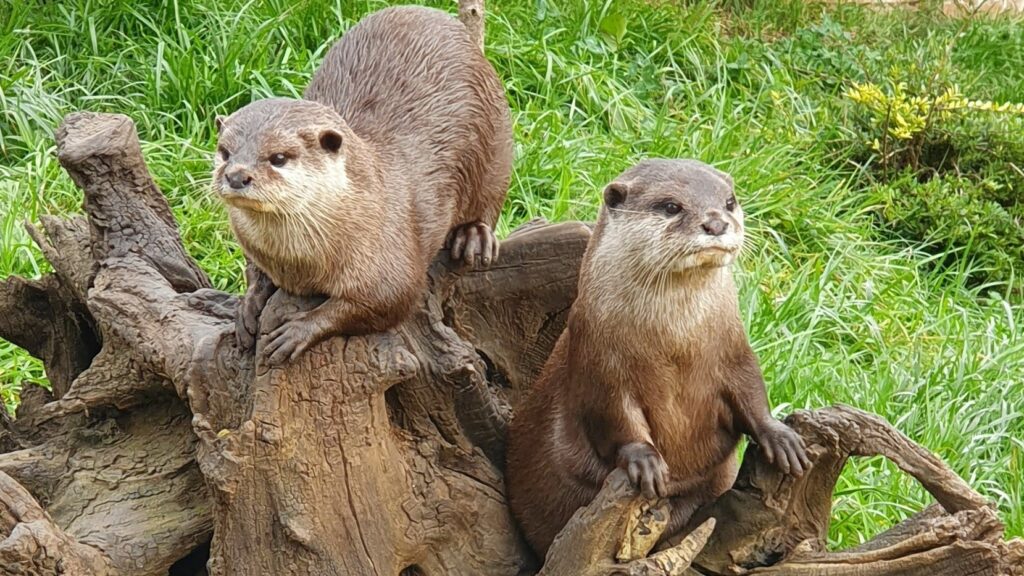 Recently, I was able to see otters in person. It was different being able to stand in front of them after all the research I’ve done for Guardians Of The Round Table. Although the companion animals in the series have some differences due to becoming a companion animal, my co-authors and I wanted to keep many of the animals’ natural attributes and behaviours as well. So when I say I’ve done a lot of research on otters, it may be a bit of an understatement. I’ve watched countless hours of videos, read numerous books and online posts, watched lots documentaries, examined hundreds of photographs and asked a tonne of questions. Yet I learned even more by viewing two otters in person.

Unlike on documentaries and videos, you can’t turn their volume up or down when you’re watching them in person. It was good to hear the exact volume of their many noises. Being there, being able to experience them with all my senses, was amazing.

They are, of course, just as cute in person as in all the footage and images I’ve seen of them. It is also quite possible that I spent an extremely long time watching them. I might even have been asked a couple of times if I was ready to go. It was extremely hard to tear myself away from them and their antics. 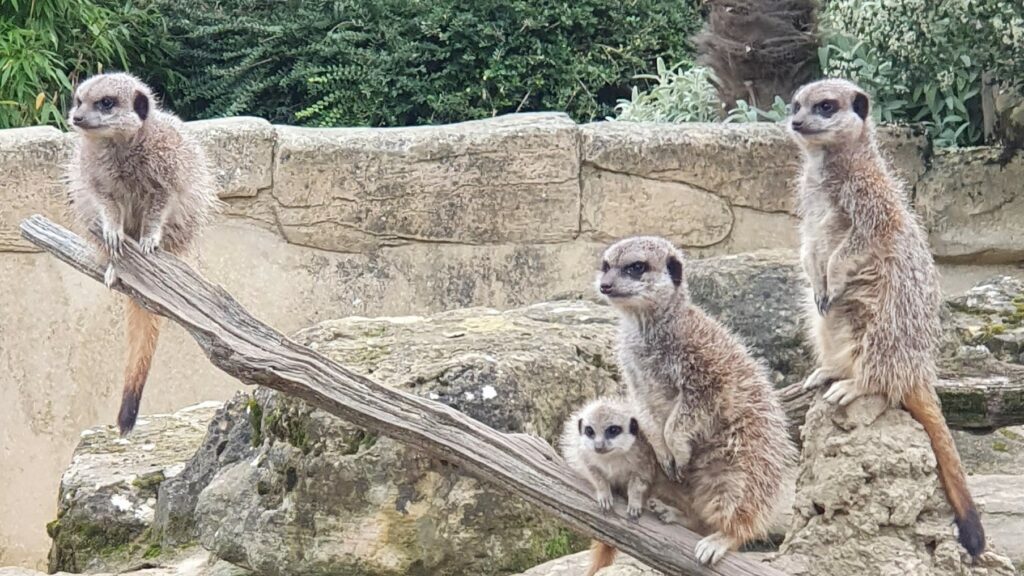 Another animal I also saw was the meerkat. I’ve always thought them cute, but I now have an even greater interest in them. Meerkats are a much smaller animal than I thought, even having seen them in comparison to other objects, people and animals. And the babies are super cute. The way they move around, the sounds they make and how they interact with each other is fascinating. So fascinating, that parts of the next Guardians Of The Round Table series has needed a little early editing to swap out the original animal that a character they encountered has as their companion and replace it with a meerkat. I couldn’t resist.

The information I gained from seeing otters and meerkats in person is why I like to see the objects, animals and places I’m researching. You can gain so much more from doing so. It isn’t always possible, but when it is, I always take the opportunity to do so.