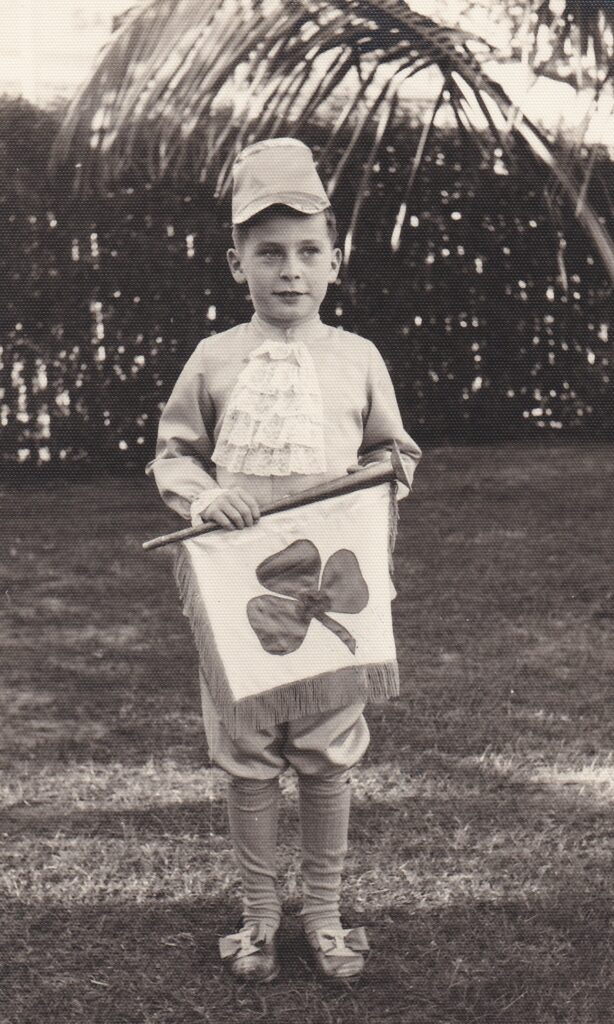 As a child, I loved hearing stories about the lives of those around me. Especially family members like grandparents and parents. I always asked millions of questions, and not everyone was willing to answer every one of them. Sometimes the stories about a particular person came from them and sometimes it came from those who knew them. Most of the times, it was a combination.

Often, when I asked my dad about his childhood, he’d ask, “Why do you want to know about that?” My reply was sometimes as simple as ‘because’ and other times a lengthy and rambling mixture of answers. Many of the stories I learned about my dad were told to me by others, such as his parents.

Nana would talk about how she and Da had given up expecting to have a child and they had my dad when they were a lot older. Which meant Dad was raised by parents who were much older than those of his friends. Nana was rather old-fashioned in her views and very strict while Da was easy going and loved a good joke and to spend time with his mates. Both of them told me stories about Dad and I learned that he once loved to draw and that he learned how to play the piano and was in plays. Nana was always so proud of how well he played the piano and the awards he had won. Yet when I was a child, he never played the piano and when I asked him about it, he told me how much he’d hated learning when he would have preferred to be doing other things.

When I asked Dad about the drawings he’d done as a child, he mentioned how much he’d enjoyed drawing, but his mother had told him to set them aside and focus on skills that would earn him an income later in life. To get an apprenticeship rather than waste time with his art. Nana also told me similar things when the subject came up.

Da told me about fishing and camping trips and all night long poker games. He talked about friends and the fun they had together. Nana talked about the outfits she made for Dad and how well dressed he’d been. Nana was a seamstress and Da was a tailor, making wedding outfits, formal wear and other garments for their clients. Dad told me how he hated the clothes he was made to wear, suits that set him apart from his peers. I found it fascinating seeing the two different perspectives of the same events.

Most of the time, the stories I heard from my dad about his childhood were when we were doing things he’d also done. Such as when he took us fishing. Little bits of memories would be mentioned about when he went fishing as a child. Sometimes on his own, down at the Causeway in Townsville where he was raised, and sometimes with his own father or other family members.

I loved those fishing trips. More so when Dad and Da both took me fishing. And it wasn’t because we were fishing. I’m not much into fishing. It always takes so long to catch them and then you have to clean them before you can cook and eat them. I do like eating fresh fish though.

No, the parts I loved the most about fishing trips were the stories. When those around me reminisced about other fishing trips. When they talked about the people they knew, the great catches and the best places to catch fish or throw a cast net to catch prawns. Those stories would lead to other ones. Stories about life in general.

Dad also talked about having his left hand tied behind his back at school so he couldn’t use it to write. And being hit with a ruler when he used his left hand. Till the day he died, Dad remained left-handed, the nuns at his school failing to force him to stop using his left hand.

The one thing that always stood out about my dad was that he often went his own way. He didn’t make a big fuss about it. He quietly headed in the direction he decided on, whether through his own choices or by taking the advice of those around him, such as with his mum telling him to get an apprenticeship. Which he did, becoming an electrician and working as one throughout his life.

I love stories. All types of stories. Fiction, nonfiction, memoir. All stories. To me, they’re fascinating. More so when they’re about the people in my life that I care about. I love learning more about those around me. Little bits of their past that gives me a greater understanding of who they are and what they have experienced during their life.

Those memories I have of my dad, the ones he shared with me and the ones others told me, are precious. They keep him alive in my memories, even though he is no longer with us. They give me something to pass along to my children about their granddad and they help me smile when I think about him. There might be a touch of sorrow in the smile, but there is also a lot of joy from the memories I cherish and the stories I gathered back when I was a child.