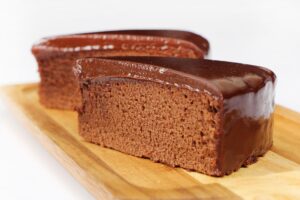 People often look at me strangely when I say that sometimes, when I take a break from working on a story, my break might also consist of writing. Usually it’s a short piece, such as flash fiction. Something I can create in under an hour. There is something very satisfying about starting and finishing a project in the space of an hour. The following is such a piece.

Dani wrote the last ingredient on the paper she’d torn from a notebook. Had she forgotten any? Staring at the scrawled words, she pressed a hand to her stomach. She had to win this time, or the past four wins didn’t count for anything.

Taking a deep breath, she slid the recipe under the pan on her bench. She hurried through the crowded room to the sign-in table, smiling in greeting at the familiar faces. She even smiled at Erica, who’d tried to sabotage her last time. Erica had looked mad enough at coming second again that she’d thought Erica might fling her dessert to the ground.

This time it was cake. Everyone said cakes were her forte. Which was lucky since she’d been so nervous she’d left her neatly typed recipe behind.

Finished signing in, she returned to her bench, her gaze drawn to the other contestants. A hush settled over the room as the presenter began his spiel, setting a timer and telling them to start.
Dani moved the pan, the world fading when she saw the bench. A frantic glance around didn’t help. The recipe had vanished. Placing the pan down, she forced a smile to her lips when the film crew focused on her.

A deep breath barely helped. She could do this. She had to do this. Reaching for an egg, she cracked it against the edge of a bowl. The familiar action steadied her and she mentally crossed off ingredients as she made her famous chocolate cake. About to tip the batter into the pan, she froze. She had forgotten something when she’d written it out. Cinnamon.

After adding the main ingredient, she put the cake in the oven. Now she had to face the questions. The ones about how she felt she’d done. This was the part she hated.

Her attention was caught by Erica rummaging in her handbag, a piece of paper fluttering to the floor. Erica snatched it up and shoved it in her handbag. But Dani had seen the words. The recognisable words.

She wanted to accuse Erica of cheating. Then she smiled. It would serve Erica right if she had. The recipe didn’t contain the main ingredient. Without it, the cake would be lacking.

The thought buoyed her through the interviews, but the moment of judgement had her clasping her hands tightly. She studied the judges as they tasted the array of cakes in front of them, their quiet discussions not reaching her and the other contestants.

A judge rose, listing all the places, from last to first.

Dani could barely hear her name called out in first place over Erica’s outraged demands they check the results. There must be a mistake. She couldn’t be last.

“What is the secret to the perfect cake?” the presenter asked.

Dani wasn’t about to tell Erica the one ingredient she didn’t know. “It’s all in the way it’s mixed.” She smiled. Let Eria focus on that at her next attempt.