This page contains spoilers for book 2 of Guardians Of The Round Table. 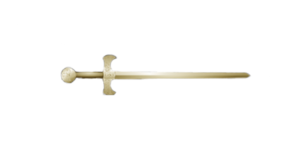 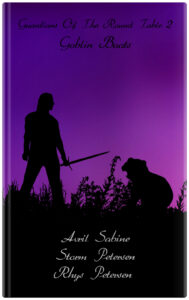 We escorted the wagoner to Wayholt and rescued Fang, a wolf cub, from hellions along the way. Brodie accepted her as his companion animal. This time I was the one to use up a revive during a fight. Danae, or Danni as she prefers to be called, has temporarily joined our party and will be going to South Peak Mine to complete the quest with us. We bought more equipment, but our party is still lacking gear and money.

We travelled to South Peak Mine, approximately five hours from Wayholt and completed two quests. They both involved killing goblins in our first dungeon. The first quest we had to find out where the goblins were coming from and for the second we rescued two guards and took out the goblin general. We gained a positive reputation at South Peak Mine, Ruby Isle and now have Kruth Blackhelm interested in being our guard. We also learned about the existence of fire, frost and poison drakes and a way we might be able to earn money by seeking out eggs to hatch and sell. Danae seems interested in joining us for a longer amount of time, but I don’t think that would impress her family. Which I doubt would be good for us since reputation is important on Inadon. Or at least I assume it is or it wouldn’t be listed in our journals.

We left South Peak Mine early, hoping to beat the rain. We didn’t leave soon enough. With the help of Danae we bought a donkey in Wayholt, that we need to name, and headed on to Buckneth. Halfway back we ran into some hellions and a hunter who was their prisoner. They gave us a clue about where to find coffee and after taking the hellions out, we set the hunter free. We took him to Buckneth and he’ll travel to Surith with us. His brother was also taken captive by hellions and he wants to track him down. We’ll return home after dinner at the tavern and return to Inadon early the next morning for our journey to Surith. 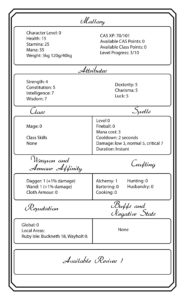 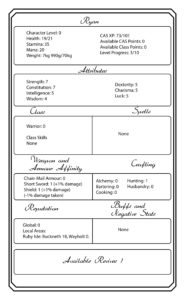 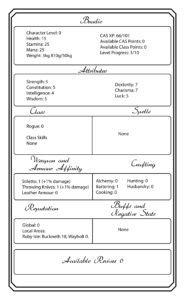 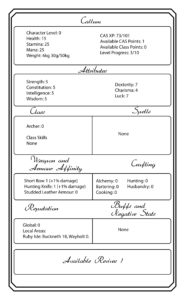 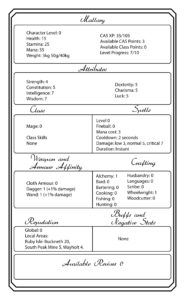 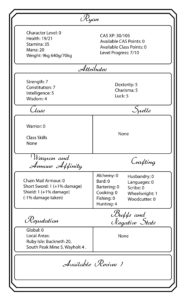 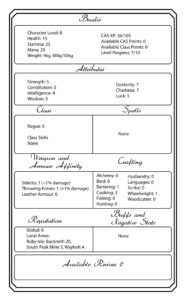 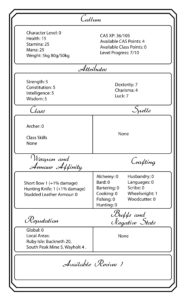